The Dance Attic brings in guests artists  to provide opportunities for our dancers to be exposed to the art of dance from different perspectives. The list below is a sampling of some of the excellent talent that has visited our studio in the past. 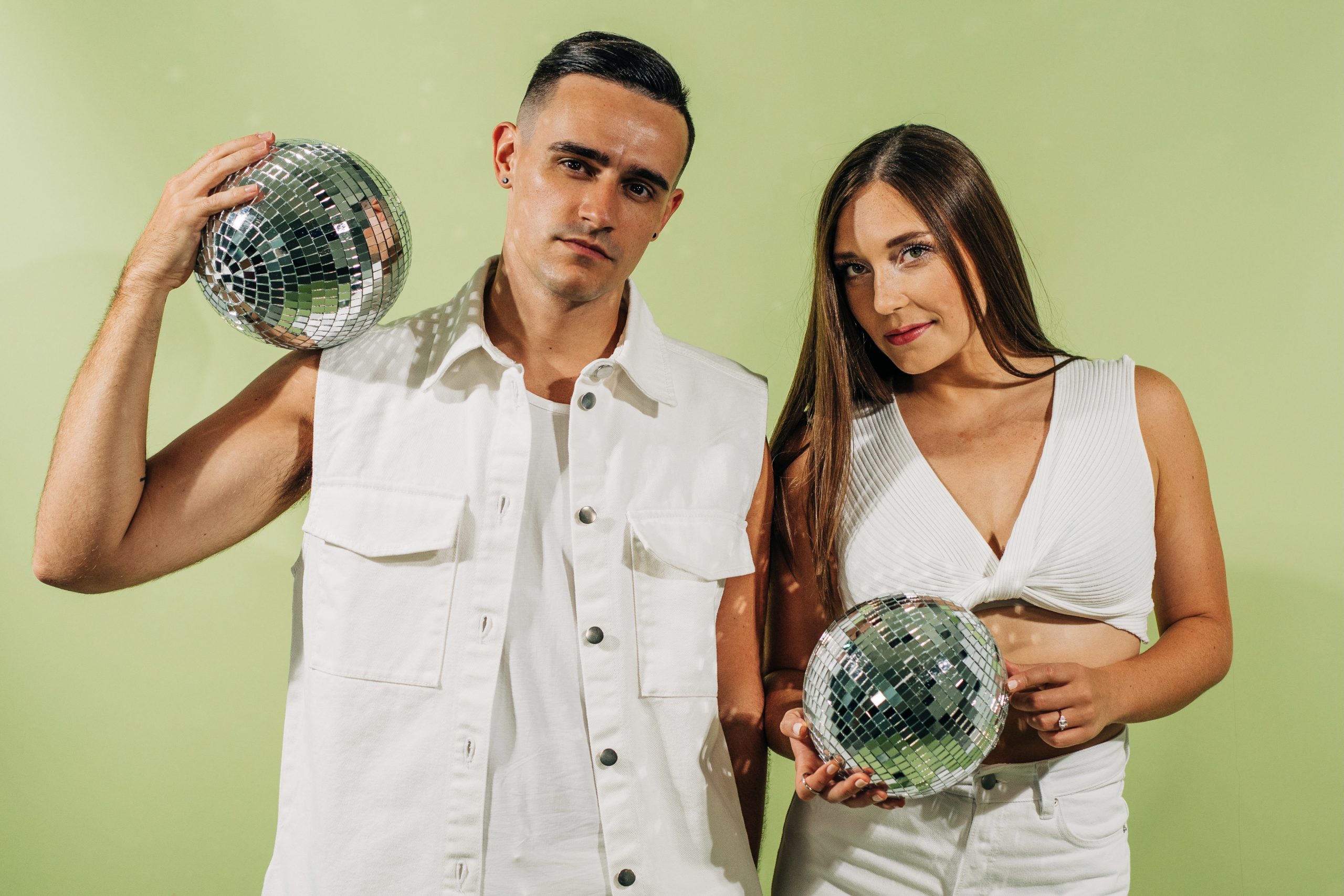 Austin and Marideth, better known as "Cost n' Mayor" are an NYC / LA based professional dance duo who erupted on social media for their original choreography. Known for their hyper-synchronous style and high-energy flare, the couple has been featured on NowThis News, CBS's Greatest At-Home Videos, Dance Spirit, DanceOn, and many other broadcasting networks. Their most recent credits include choreographing and dancing in major campaigns for brands and networks such as NBC, Target, Amazon Prime, Disney, Kate Spade, Cheetos, Panera Bread, NARS, and more. The couple has also choreographed and danced in music promotions for major artists such as J Balvin, Quinn XCII and Chelsea Cutler, and Static & Ben El and The Black Eyed Peas to name a few. Austin & Marideth are extremely passionate about choreography, dance, and performance, and love sharing that passion and experience with others! 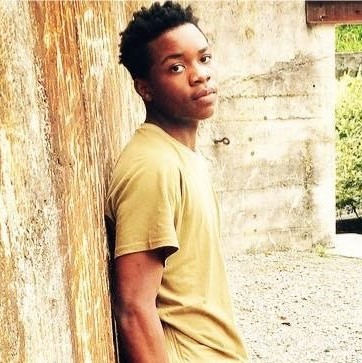 Jabu Graybeal is from Pittsboro NC. He was a member of the North Carolina Youth Tap Ensemble directed by Gene Medler for many years. He’s performed with Michelle Dorrance and recently joined Chloe Arnold’s Apt 33 in New York City. He has also performed with several local artists including Pierce Freelon and The Beast, Durham jazz trumpeter Al Strong, Pittsboro’s own ZamBamBooGee, and as a puppeteer with Paperhand Puppet Intervention. 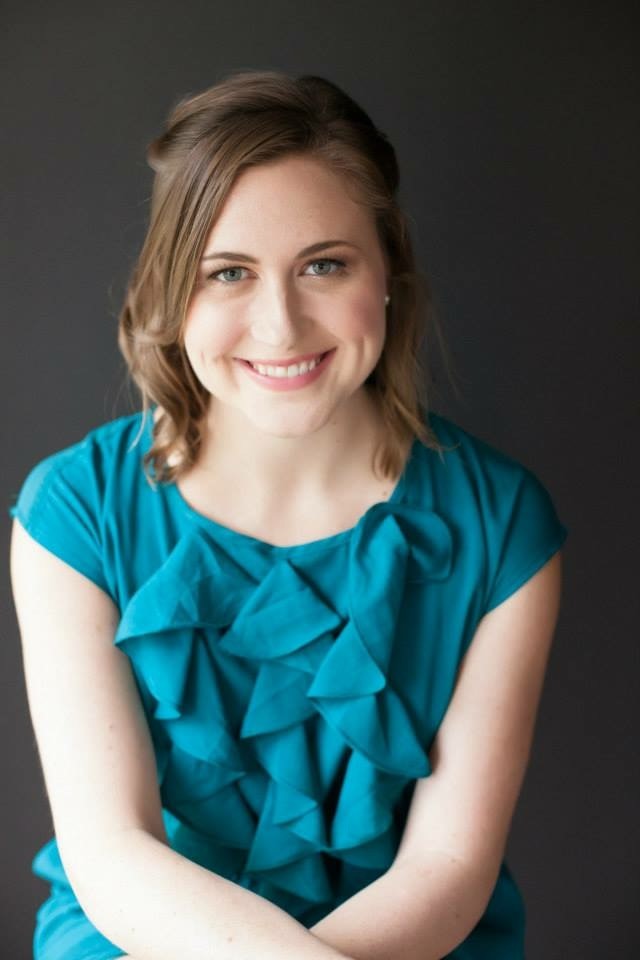 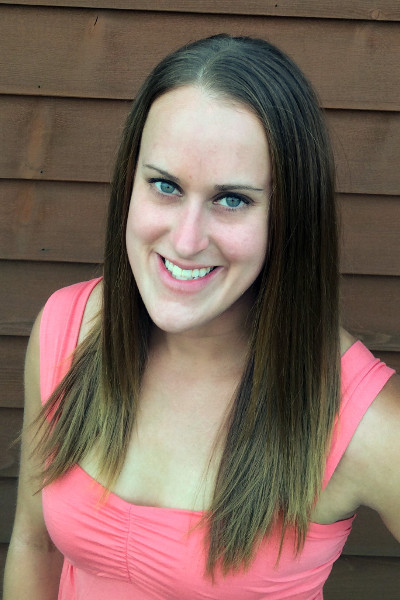 Samantha is a New Jersey native, but fell in love with North Carolina and has been here since 2006.  She is a Meredith College graduate with a degree in Exercise and Sports Science. Sam began doing gymnastics at age 6 and has been involved in the sport ever since.  She was a competitive gymnast for the Montclair Starlettes for 8 years.  After years of competing she turned to coaching and has been with Superior Gymnastics since 2008. Samantha is very excited to be teaching acro at TDA 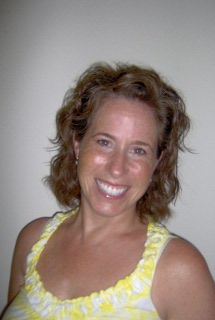 Originally from Philadelphia, Kai is a Magna Cum Laude graduate from Rowan University with a BA in Speech/Theater/Dance. During these years, Kai was awarded the Ann B. Ward Medallion Award recognizing her for artistic excellence and high achievement in the School of Fine and Performing Arts at Rowan University. Her work was selected for adjudication at the American College Dance Festival and was presented at the 1995 Center for Performing Arts graduation ceremony. Upon graduation, Kai studied and performed with Melanie Stewart Dance, Benchtours Theater Company and independent artist Asimina Chremos. Along with performing, Kai was an adjunct professor of dance education at Rowan University, implemented dance programs for the public school systems with New Jersery School of the Arts and Rowan University, and taught ballet at the Gloucester County Ballet School. In 1998, Kai moved to Denver where she danced for the Hannah Kahn Dance Company and the Off-Center Dance Collective. She continued to teach for state arts programs in Colorado and for several dance/theater studios. For the past ten years, Kai has continued to teach and to perform in San Jose and Raleigh winning numerous awards for her choreography as well as high scores at regional and national dance competitions. She has continued her education with the teachings of Joseph Pilates and is mat certified. Kai has a passion to instill a love and knowledge of dance into every student, regardless of their natural ability. She wants to inspire, educate, and lead students toward excellence while creating an environment where they feel free to express themselves and their talents. 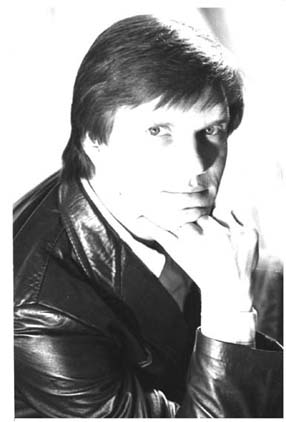 Founder and director of NCYTE 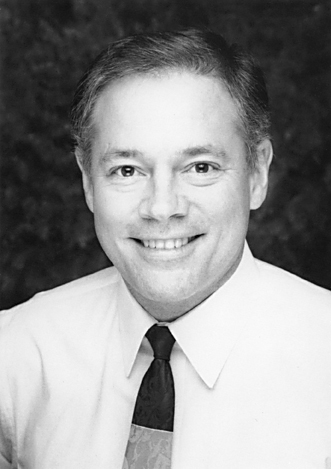 Gene Medler is founder and director of the highly acclaimed North Carolina Youth Tap Ensemble (NCYTE), founded in 1982, and director of the N.C. Rhythm TapFestival. His teaching credits include Elon University NC (currently), DukeUniversity, Meredith College, St. Louis Tap Festival, American Dance Festival, Ballet School of Chapel Hill, the Saratov Music Conservatory in Russia, the Chicago Human Rhythm Project, and the largest international tap festival in Europe held in Vienna, Austria. Gene recently taught in Rio de Janeiro (Brazil), Helsinki (Finland) and the NY City Tap Festival "Tap City, 2001" in conjunction with NCYTE's performances. Selected performance experience includes performances with the Squirrel Nut Zippers, solos in Duke Ellington's Nutcracker, Ellington's David Danced from his sacred music, Rising Stars of Tap (Colorado Dance Festival), and the Great Tap Reunion (Boston). Gene has received grants from the Durham Arts Council, the NC Arts Council, and the Orange County Arts Commission. He is featured in the March, 1998 Dance Teacher Now magazine, is a recipient of the News and Observer (Raleigh, NC) "Tar Heel of the Week," won the 1998 "Indy Award" for contribution to the arts awarded by the Independent Magazine. He performed a duet with tape legend, Brenda Bugalino, at the World Dance Festival (March, 99) held at the Town Hall Theater in New York City. Gene was also profiled in the September/October Carolina Alumni Review, can be seen in the upcoming PBS special "JUBA, Masters of Percussive Dance" (WUNC-TV) and was featured in the Spring 2001 issue of Southern Living. 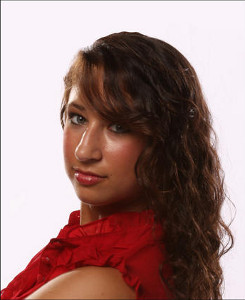 Originally from Cape Cod, Massachusetts, Rachel Perlman graduated Magna Cum Laude from Elon University in 2010 with a BFA in Dance Performance and Choreography. She is currently a dancer in the international tour of “The Aluminum Show”, and has just returned from performing throughout Brazil and Spain. She has also performed with Stiletto Entertainment on Holland America Cruise Lines, sailing to Hawaii, Alaska and Mexico; in NYC with Broadway Dance Center, choreographed by Mandy Moore, Liz Imperio, and Doug Caldwell; in Boston at the House of Blues as a Celtics Dancer Finalist; and in Walt Disney World as a Dancer of the Year Finalist. She has also performed on tour nationally and was an assistant with the Dance Olympus convention. She performed and presented original choreography two years in a row at the America College Dance Festival at Goucher College in Maryland in ‘08 and Hollins University in Virginia in ‘09, as well as the North Carolina Dance Alliance in ‘08. At Elon University, she was a member of the Elon Dance Company, performing works by Nina Wheeler, Lauren Kearns, Chuck Davis, Lila York, Jane Wellford, Amy Beasley, and Leslie Scott; a performer, choreographer and assistant director for the all-tap concert, “TAPPED OUT!” and Elon Tap Ensemble, under the artistic direction of Gene Medler; and was also President of the campus-wide student dance organization and concert, “Elon DanceWorks”. Rachel was also dance captain and a featured dancer in Elon’s Performing Arts Department’s award-winning production of “Psycho Beach Party”. Rachel will be returning to Spain with “The Aluminum Show” in December, followed by tours in India and Russia. She is so excited to be back to visit NC and to be teaching the talented students at TDA! 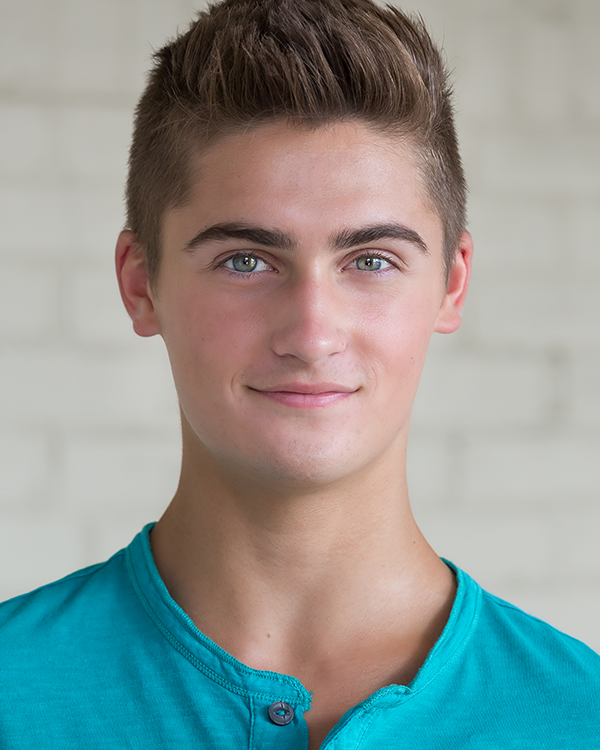 Jake began his dance career at The Dance Attic in 2007, where he danced in the company for three years. He now dances at CC and Company Dance Complex, and has been in their Core for three years.  In 2010, Jake won a scholarship to attend the Broadway Bound New York City Winter Intensive. In 2011, he performed in the opening number of the Capezio's 125th Anniversary Celebration at The New York City Center Theater. That same year, Jake also performed in a "Newsies" Tribute (with "Newsies" choreographer Christopher Gattelli) for the Fred Astaire Dance Awards at The Skirball Center for the Performing Arts in New York City. In 2012, he travelled to New York City to perform in New York Moves, a benefit for the victims of Hurricane Sandy, at the Peridance Capezio Center. He also had the honor of traveling to Los Angeles for a week to train with Travis Wall's company, Shaping Sound, in the spring of 2013 as they prepared for their North American tour. Last summer, Jake won the titles of National Teen Male Outstanding Dancer for New York City Dance Alliance, and National Teen Male Non-Stop Dancer for 24/Seven Dance Convention. 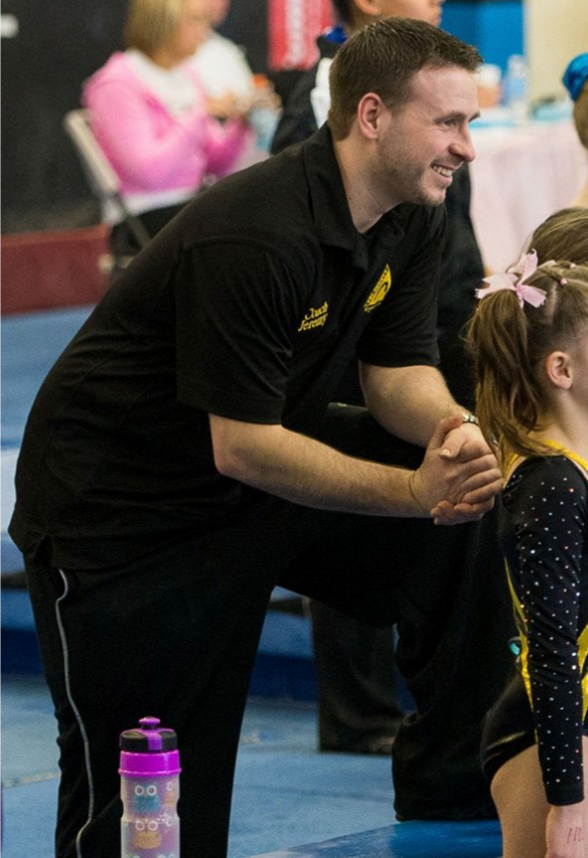 Coach Jeremy was born and raised in the gymnastics world. When he stopped competing gymnastics, he began his gymnastics coaching career. He has coached at The Tumble Gym, Raleigh School of Gymnastics, and Nick’s Flippin Kids. He has also been an annual working coach at FlipFest Gymnastics Summer Camp.  Jeremy and his wife Mariah are the owners/operators of Tri-County Gymnastics in Youngsville, NC. 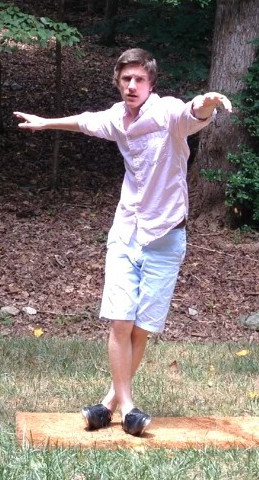 Austin was born in Chapel Hill, North Carolina and will be a senior at East Chapel Hill High School in the fall. As a kid he grew up watching Arthur Duncan on The Lawrence Welk Show and fell in love with tap dancing after watching the North Carolina Youth Tap Ensemble perform. Since that time, Austin has been tapping for many years under Gene Medler and is a proud member of NCYTE. This year he auditioned and was selected for Next Step, a program during the Chicago Human Rhythm Project for standout dancers. He has been all over North Carolina in his brief tap career and has also traveled New York and Chicago for tap many times. He feels that he can express his true thoughts and happiness through tap and hopes to share those positive feelings with all other dancers. 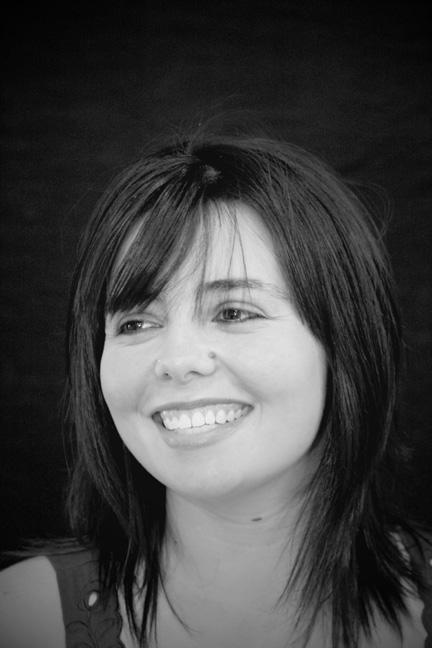 Wendy Penatello Denny is from Raleigh, NC, and has been dancing, performing, and choreographing for 20 years. Her training includes North Carolina School of the Arts, University of North Carolina at Greensboro, Assisting at Broadway Center in NYC, and Dancing at Pieriette Sadlers Dance Company under the direction of Christy Curtis. She has had several awesome performance opportunities, such as dancing in a national Dr. Pepper commercial, Carolina Hurricanes halftime show, the NY Yankee parade, and as a performer in the River Street Break Dancing Crew in Savannah, GA. Wendy has also won several choreography awards at competitions at the local and national level, and choreographed for musical productions of Annie Get Your Gun and Grease. She is currently working with DanceWorks pre-professional company, and Elissa Edwards' Evolve Dance Conventions, and director of Driven Dance Competition. Wendy has a true passion for teaching and continues to expand her knowledge by taking classes and exploring new movement. 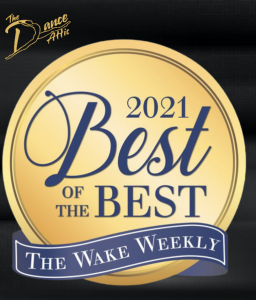 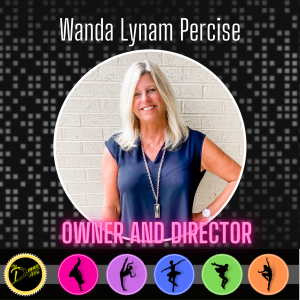 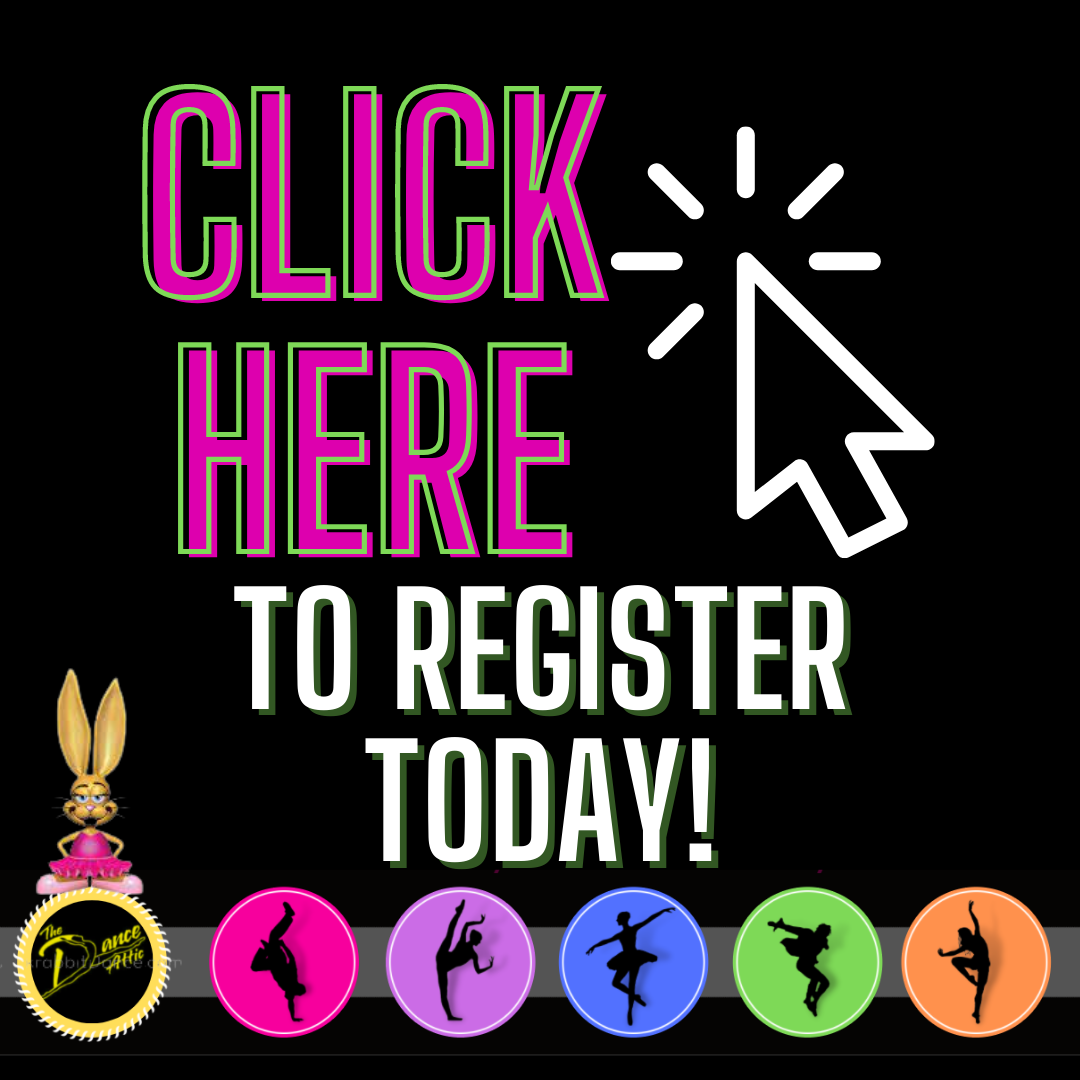